What is already known
Severe obesity as well as rapid weight loss are well known risk factors for gallstone formation. An increased risk for symptomatic gallstone disease and cholecystectomies has been reported after bariatric surgery. In the case of choledocholithiasis, the altered anatomy after Roux-en-Y gastric bypass makes the clinical solutions for these circumstances complex. Although there are previous studies reporting reduced formation of gallstones after bariatric surgery when using ursodeoxycholic acid during the initial rapid weight-loss phase, there is a lack of level-1 evidence supporting prevention of symptomatic gallstone disease.

What this paper adds
In this double-blinded, placebo-controlled trial including 967 patients, a prophylactic dose of 900 mg of ursodeoxycholic acid daily for 6 months did not significantly reduce symptomatic gallstone disease during 2 years after primary Roux-en-Y gastric bypass and sleeve gastrectomy in all patients. However, in a subgroup analysis, patients with no visible gallstones at baseline who later underwent Roux-en-Y gastric bypass had a reduced risk for symptomatic gallstones (OR 0.37). Although the exact role for ursodeoxycholic acid in the perioperative care during bariatric surgery still remains unclear, the results of this study are convincing and suggests that prophylactic use of ursodeoxycholic acid after Roux-en-Y gastric bypass may be considered for patients who do not have gallstones disease before surgery. The need for a routine ultrasound to confirm this might limit its use. Moreover, further studies are needed in order to confirm the generalizability of the results in relation to other bariatric procedures such as sleeve gastrectomy.

The Application of ERAS for Patients Undergoing Bariatric Surgery: a Systematic Review and Meta-analysis. 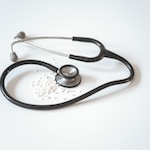 An ERAS protocol for bariatric surgery: is it safe to discharge on post-operative day 1? 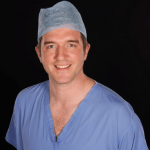